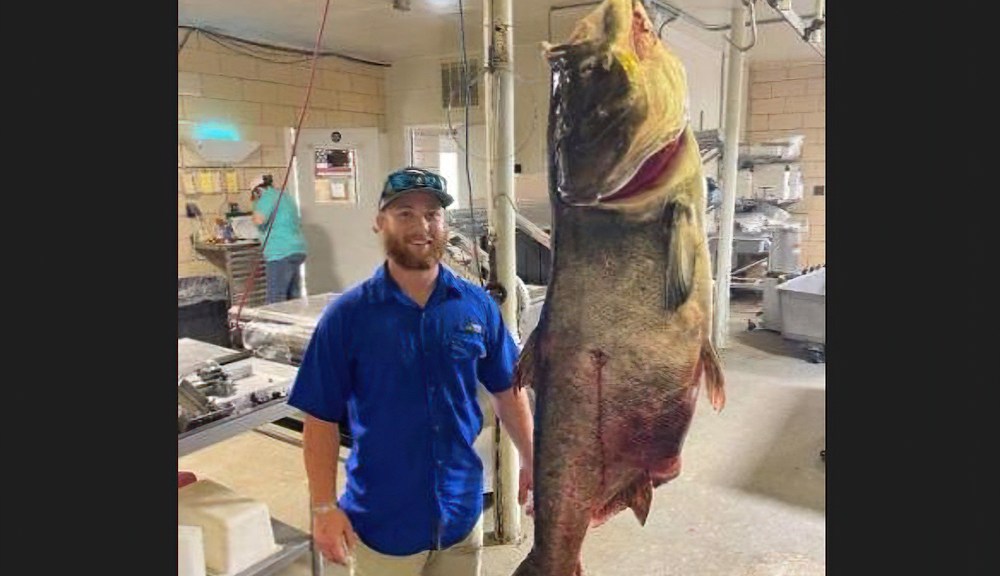 An archery fisherman from Missouri broke the state record with the recent catch of a 125-pound, 5-ounce bighead carp at Lake Perry.

Matt Neuling and a friend slaughtered the fish simultaneously on the morning of July 24, initially thinking it was a much smaller grass carp. But only Neuling’s arrow got stuck.

When they saw more fish, they realized it was a colossal bighead carp, an invasive species from Missouri.

“We just couldn’t believe it,” Neuling told the Missouri Department of Conservation. “We knew what kind of fish it was, but we had never seen one of this size.

“This thing is an outright monster. A five gallon bucket could easily fit in his mouth. If my boyfriend wasn’t with me, I would never have been able to get him out of the water.

Missouri’s previous record, bighead carp caught by alternative methods weighed 104 pounds and 15 ounces. (Alternative methods include archery, casting lines, hooking, spearfishing, and other types of fishing that do not involve a rod or reel.)

For comparison, the International Game Fish Assn. lists like everything world record a 90-pound bighead catfish caught at Guntersville Lake in Tennessee in 2005. (The IGFA only recognizes fish caught using a rod and reel.)

The MDC explained in a press release that carp of this size are at least 10 years old. Bighead carp are originally from southern and central China, but have gained a foothold in parts of the United States.

“This particular fish is an example of how an invasive species can thrive if given the opportunity,” said Andrew Branson, MDC biologist. “We encourage people to harvest these fish and remove them from our waters. “

The MDC collected the head of Neuling’s carp for study and said Neuling used other parts of the fish as bait for catfish.

– Image courtesy of the Missouri Department of Conservation