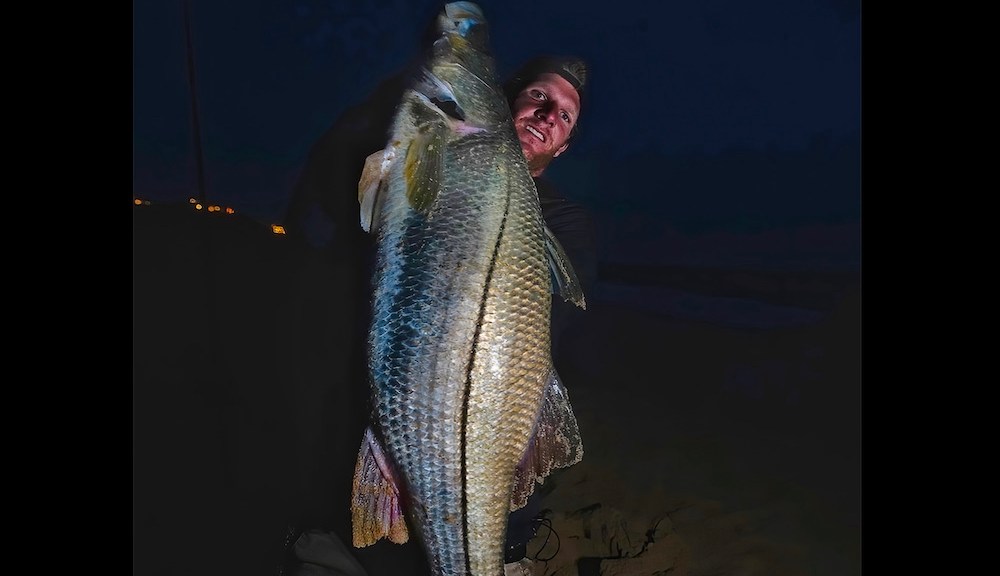 After a recent day of fishing, in stormy waves and fading daylight, guide Wesley Brough tried another throw and threw a ‘monster’ snook that could break a 20-year-old world record.

â€œWe were getting ready to leave when we saw mules come out of the water and decided on a final throw,â€ said Brough, a surf fishing guide in Cabo San Lucas, Mexico, said For The Win Outdoors. â€œI thought it was another rooster fish. Knowing that there was not enough light for a good photo, I decided to mount him on horseback and have him let go.

â€œThe fish was on the beach in about six minutes and it was definitely not a rooster. To our surprise, it was a snook monster like none of us had ever seen before.

The Pacific white snook, captured on June 28, weighed 51 pounds and 4.8 ounces on a certified scale in town. The International Game Fish Assn. world record amounts to 47 pounds, 8 ounces. This fish was also caught off Cabo San Lucas on July 4, 2001.

Snook catches are rare on the beaches of Cabo San Lucas. Brough, owner of Cabo Surfcaster guide service, fished for rooster with Matt Strehle on the Pacific side of the tip of Baja California, in the waves generated by Hurricane Enrique far to the south.

â€œThe winds were 25 to 30 mph and the storm waves were stacked four or five waves deep,â€ Brough said. â€œThe only thing we had for us was that the water was hot and there was bait in the area.â€

Brough and Strehle would throw lures past the waves and quickly retrieve them to mimic fleeing baitfish. They were targeting roosters for photo capture and release opportunities.

â€œAs the sun went down we started to see the bait get very nervous and we threw the waves into the bait,â€ Brough recalls. â€œI got hit right away on a big Savagegear stickbait and passed the rod and it ended up being a 50-55 pound rooster.

“After photos and a quick release, we ended up repeating the process three throws later with a 45-pound rooster and a 25-pound jack crevalle.”

Brough’s next cast, in near darkness, produced the snook shot. He said he would have released the fish but it was caught deep in the throat and would not have survived.

At Instagram he described the snook, which measured 50 inches with a circumference of 30 inches, as a “sea monster.”

Brough said he fought the fish under IGFA rules and submitted a record request. The IGFA usually makes a decision after several weeks.