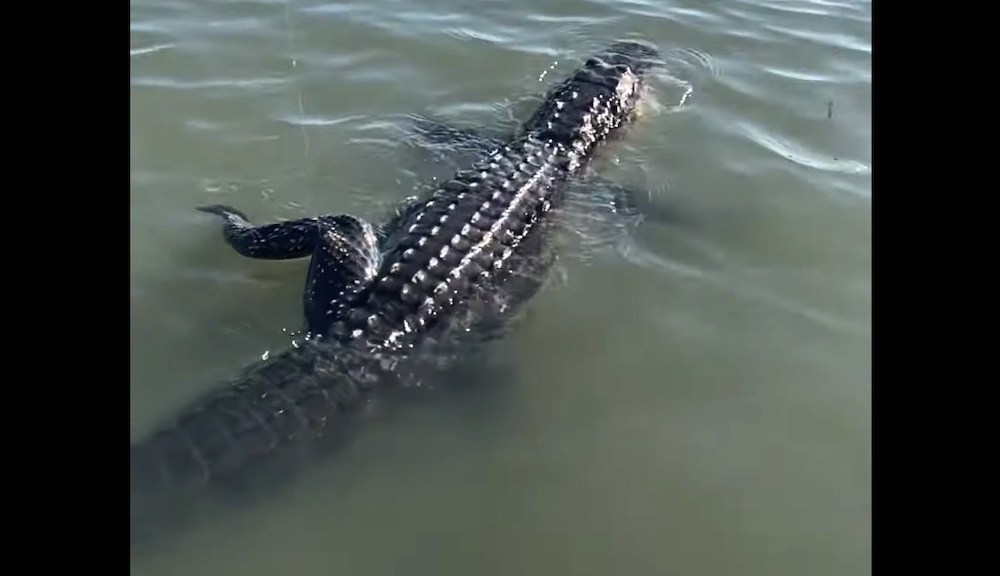 The fisherman thinks he has caught a stingray, but catches an alligator

Robert Birchmeier was fishing for plaice in Murrells Inlet, South Carolina last week when he grabbed something that acted like a stingray. But as he says in the video, “Oh boy, that’s not a stingray. Surprise Surprise. “

Surprise, indeed. When Birchmeier brought his catch to the surface, he was looking at a 7 or 8 foot alligator, which had been hooked to the rear leg.

“I assumed I had a stingray because it’s quite common in this area and ‘fish’ behaved like one,” he told USA Today / For The Win Outdoors. “I was able to slowly pull it out of the bottom and come up to the surface, and as you see in the video, I was totally surprised.”

Also on FTW Outdoors: Rays provide a wow moment for everyone except the distraught anglers

Birchmeier, known as Captain Birch of Guide service from Pawleys Island beach to creek, was fishing from a kayak in the salt marsh near the Atlantic Ocean which he fished a few hundred times. The water clarity that day was “very poor” with less than 12 inches of visibility, which was a surprise when the hold surfaced.

“Alligators go into salt water sometimes, but, really, in this place I can see a little one every two years,” Birchmeier told For The Win Outdoors.

After the video ended, Birchmeier said the hook on his 3/8 ounce jig straightened out for “a clean release and a happy gator.”